Passive Antennas: “The report of my death was an exaggeration” 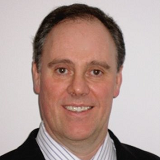 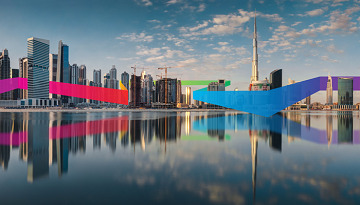 This blog was originally posted on Cambridge Wireless on April 23, 2019.

In 1897 the author Mark Twain responded to the premature announcement of his demise with the now famous quote, “The report of my death was an exaggeration.”

On occasion over the last couple of years, some of us working in the passive antenna business might have been justified in having some sympathy with Mr. Twain as we were often queried about end of passive antennas in the cellular market due to the imminent arrival of fully integrated massive-MIMO solutions in 5G. However, I can assure you that just like Mark Twain, the death of the passive antenna has been greatly exaggerated.

Firstly, active large-scale array antenna systems will have a part to play in the deployment of 5G NR as they clearly deliver advantages because of their ability to enable multiuser-MIMO and beamforming which can improve spectral efficiency and capacity within a given area. If 5G was being implemented as a “greenfield” network, it might be reasonable to design the RAN infrastructure to support a large proportion of such active antennas in a cost-effective way. However, in virtually all networks, certainly in developed markets, this is not the case and 5G will have to be layered on top of legacy 2G, 3G and 4G networks using infrastructure such as towers and power delivery systems which have possibly been in the field for over 10 years and were not designed to support the level of tower-top equipment now being deployed.

Most operators want to initially deploy 5G onto their existing network of macro cell sites which may already host several antennas on each sector. Adding additional antennas to such sites is not always straightforward. A few factors to consider:

If these types of issues exist at a site, then traditional passive antenna technology can come to the rescue.

Passive antenna technology has evolved significantly over the last few years and modern passive antennas can support multi-band, multi-RAT systems from within a single radome. In 2010, a typical high-end antenna would support perhaps 10 jumper ports, but now this has increased to 26 and even 30 ports. In addition, the linear array columns in the antenna are wide band and only two column types (low-band and high-band) can support all deployed frequencies from the 700MHz band through to 2.6GHz. This makes it possible to combine all existing cellular technologies on a site into three passive antennas (one per sector) while still supporting independent remote electrical tilt (RET) for each band. These antennas also support 2T2R or 4T4R architectures to continue to deliver diversity or MIMO capability.

This is important as it can allow operators to deploy a separate independent 3.5GHz active antenna on sectors that have consolidated all their legacy networks onto a single passive antenna. Two antennas per sector are more likely to be permitted on a significant proportion of sites and also limits the landlords leverage in any negotiation of site fees as the operator is not requesting an increase in the number of antennas on the site.

CommScope has gone even one stage further; by designing a complementary radome that seamlessly mounts on top of a standard antenna to look like one unit. This additional radome can be used to enable the operator to apply for site permission for a single antenna but the space can be used to upgrade the site with a m-MIMO antenna or passive beamformer as and when needed.

Passive antennas will not only be used to serve legacy technologies but will also play a part directly in the roll out of 5G NR in the 3.5GHz bands. While we have discussed the potential capacity and spectral efficiency of active antennas, as with all technologies there are drawbacks. We have already mentioned weight and wind load. However, some other aspects that should be considered when selecting antennas might include:

Keep in mind that only a small percentage of sites in most networks are nearing capacity limitations. Many regulators in Europe are packaging 3.5GHz into spectrum blocks of around 75MHz which is of a similar order of bandwidth to that currently used in downlink legacy FDD. If an additional 15 to 20 percent of spectral efficiency improvement provided by 5G NR is considered, then operators can deploy 5G NR at much lower costs using a passive beamforming antenna along with an 8T8R (or even 16T16R in future) RU and still benefit from significant capacity increase as well as other 5G benefits.

So as 5G networks are being rolled-out, the market for large port count passive antennas will increase dramatically and in addition, a significant portion of 5G is likely to be deployed on sites using passive beamforming antennas. There’s life in the old passive antenna yet.

If you want to learn more, I encourage you to join me during the Cambridge Wireless Conference “5G wide area coverage: macro cells – the why and the how” on May 9. We will explore the design and optimization of the macro cell layer and its role within the future heterogeneous networks. 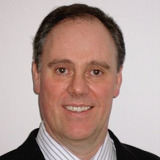 Colin Bryce, director of technical sales at CommScope, is responsible for providing technical support for CommScope’s Wireless Sales activities. This role covers both technical and commercial evaluations of customer requirements to ensure that CommScope’s proposals and roadmaps meet market needs. Colin has over 25 years of experience in the telecommunications industry, most of which has been spent in mobile communications. He has worked for major equipment suppliers in Europe, Asia and the USA in product development and management positions as well as business development roles. Colin has a Bachelor of Science degree with honors in electrical and electronic engineering from the University of Strathclyde, Glasgow and a postgraduate diploma in accounting and finance form the Institution of Certified Accountants, United Kingdom.