CommScope Definitions: What is Open RAN?

The fundamental underpinning of Open RAN is the standardization of radio interfaces in an open manner to ensure interoperability between component radio equipment manufactured by different vendors. Kevin Linehan explains more in this blog.

See all posts by this author This blog post is part of a series called “CommScope Definitions” in which we will explain common terms in communications network infrastructure.

Open RAN, or open radio access networks, refers to a new paradigm where cellular radio networks are comprised of hardware and software components from multiple vendors operating over network interfaces that are truly “open and interoperable.”

Historically, compatible RAN equipment has only been procured from a single vendor. This became a commercial limitation with 4G when radio systems transitioned into two separate hardware subsystems, digital and RF, with a proprietary interface between them. Mobile operators did not have the option of mixing RAN equipment between vendors. In 5G, the digital radio further subdivides into components and it’s the same situation - all 5G RAN equipment is compatible only if purchased from a single vendor.

CLICK TO TWEET: CommScope’s Kevin Linehan provides you the definition of Open RAN and why it is important.

It should be noted that there are certain benefits to a single-vendor approach, such as designating end-to-end responsibility for network performance to a single company. However, in recent years, network operators have realized that there is a significant price to pay for this status quo, both in terms of slowing RAN innovation and a lack of competition among vendors.

The fundamental underpinning of Open RAN is the standardization of radio interfaces in an open manner to ensure interoperability between component radio equipment manufactured by different vendors. Standardizing these protocols is an ongoing initiative by the O-RAN Alliance, a Mobile Network Operator driven consortium of operators and vendor companies. Specifically, the O-RAN Alliance is working to ensure that RAN interfaces are interoperable – either by further defining existing standardized interfaces or developing new ones. The Alliance’s full mission is quite extensive, and I would encourage you to learn more about the organization. CommScope has been actively contributing at O-RAN since it was founded in February of 2019.

Over the past few years, an evolving Open RAN vendor ecosystem has been incubated by a project at the Facebook-led, Telecom Infra Project or TIP. Specifically, TIP’s OpenRAN project targets the deployment of interoperable RAN solutions that are implemented on data center servers, rather than custom digital hardware. This technology is called virtualized RAN, or vRAN and it follows behind a similar virtualization transition that is taking place in the CORE portion of the cellular network. TIP continues to drive an Open RAN ecosystem with several new projects underway.

Recently, the Open RAN Policy Coalition was established to advocate for government policies supporting Open RAN. As a founding member of the coalition, CommScope believes that government has an important role in supporting an open, secure, diverse and innovative supply chain for advanced wireless technologies. 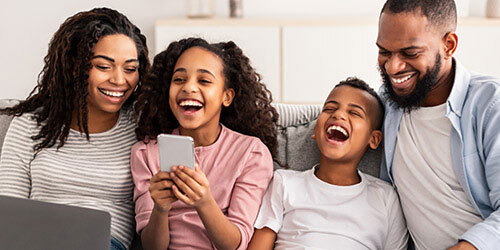 Elevated bandwidth demand and access to high-quality broadband have become a necessity. The question for service providers is no longer whether it's time to build next-generation networks, but which investments to make, how to deploy them quickly and efficiently and how to engineer, install, and maintain that new infrastructure. 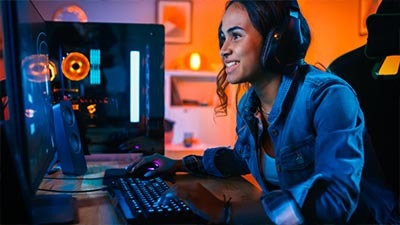 Upleveling Your Network for Esports in Education

Just like any technology initiative, deploying or upgrading your network to enable esports, especially tournaments, requires planning. In this blog, we'll look at effective planning and alignment between esports and educational objectives. As large companies increasingly seek to cut their buildings’ carbon footprints, they’re putting products and materials under the microscope. That includes fiber and cable networks in buildings and data centers. While cabling infrastructure might not seem like a big contributor to greenhouse gas emissions, enterprises are looking for every opportunity to reduce environmental harm.