The Widening Horizon for Multimode Fiber in Buildings and Data Centers 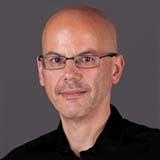 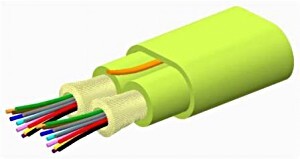 Connected and efficient buildings and data centers increasingly rely on a state-of-the-art physical layer infrastructure to support growing bandwidth needs over copper, fiber and wireless technologies. When it comes to optical fiber transmission, singlemode fiber often gets the headlines with high-speed transmission records over long distances; however, multimode fiber is the workhorse media of local area network (LAN) backbones and storage area networks (SAN) in buildings and data centers.

The reason is because multimode fiber offers the lowest cost means of transporting high data rates for the distances aligned with the needs of these environments. We can expect multimode fiber’s dominance in buildings and data centers to continue because of recent developments in multimode technology and international standardization that will extend the value proposition offered by multimode fiber for today’s and tomorrow’s networks.

OM1 and OM2 were defined for legacy LED optimized fibers. OM3 was defined for multimode fiber optimized for laser transmission at 850 nm. A few years later, an OM4 category was added, to recognize multimode fiber with more than double the effective bandwidth at 850 nm, supporting extended distances for gigabit and multi-gigabit applications.

Another significant update to the multimode fiber categories is currently under way with the development of the third edition of ISO/IEC 11801 (expected for publication next year). Due to the success and prevalence of 850 nm VCSELs in today’s networks, the third edition will “grandfather in” the LED optimized OM1 and OM2 fiber categories. They may only be used for changes and additions to existing installations. As a result, OM3 will be the minimum requirement for new installations.

Today, OM3 and OM4 fibers are increasingly being used in parallel fiber infrastructures using MPO connectors. They support speeds up to 100 gigabit per second (Gb/s) using multiple parallel VCSELs with standards in development to support up to 400 Gb/s using parallel technology.

The most significant optical fiber development in the third edition of ISO/IEC 11801 is the recent addition of a wideband multimode fiber (WBMMF) category allowing simultaneous transmission of at least four different wavelengths over each fiber, expanding per-fiber capacity with support for shortwave wavelength division multiplexing (SWDM). The new WBMMF category will be included in the standard’s final draft to be circulated shortly. The naming of the new WBMMF category will be selected by national votes. The choices proposed are OM4W, OM5 and OM5W.

Regardless of the name selected, one thing is clear: WBMMF is set to widen the applications horizon for multimode fiber in connected and efficient buildings and data centers worldwide.

Have you considered WBMMF to help make your building or data center become connected and efficient? 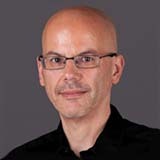 Matias Peluffo is Asia/Pacific Director, Data Center and Inside Plant Fiber Solutions. He has more than 25 years of experience in the cabling industry, and since joining CommScope in 1993 has held senior roles in Technical Management, Standards Development, Product Management and Segment Strategy. Peluffo plays a leading role in CommScope’s contribution to the international organizations that develop standards for copper and optical fiber cabling systems, contributing strategic direction in the establishment of industry-governing standards as an expert member of ISO/IEC JTC1/SC25 WG3 since 1996. Peluffo is a regular presenter at industry conferences. He holds a bachelor’s degree from the Eugene Lang College in New York and a certificate in telecommunications management from Columbia University. He is currently based in Singapore.

Let’s talk about 5G and AI

The rollout of 5G is having a positive impact on the evolution of artificial intelligence, as both smartphone manufacturers and mobile developers eye a new generation of powerful AI capabilities and applications. Mike Wolfe explains in this blog.